Birbynė is an authentic Lithuanian wind musical instrument distinct in its gentle sound. It is a single or double-reeded aerophone which may or may not have a mouthpiece. Birbynės were made of wood, bark, horns, straw or goose feathers. Sound is being produced by blowing and thus movig the reed. To control the pitch of a sound, from 3 to 6 holes were made along the body of the instrument.

Birbynės were very popular among herdsmen, who used it to give signals, play songs or dance tunes etc.

The earliest versions of birbynės were made of straw, feathers or willow. Later on the instruments evolved into two new types. First one –  sekminių rageliai – were used during spring festivities. The latest modification of the instrument, diatonic birbynė, could be used to play a more complicated melodies in a double tonality. 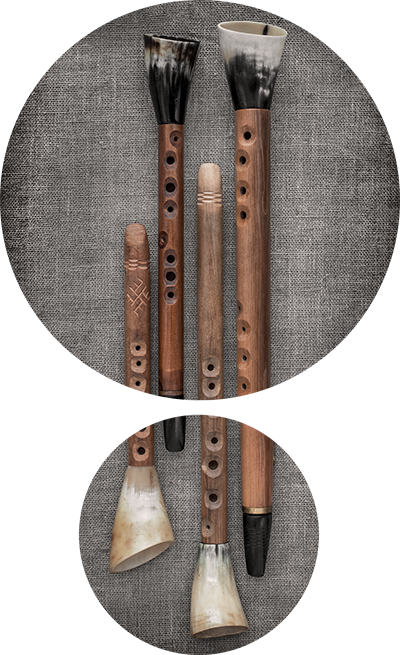