Horns were made by craftsmen from animal horns, metal or wood and were a main attribute of head herdsmen. Each village had its own head herdsman and could recognize his horn signaling system, informing the villagers of the departure and the arrival of cattle or a potential threat. Horns were also used by hunters as a mode of communication.

In the north-east region of Lithuania several horns were tied together by a birch bark and used to play folk songs sutartinės. Typically this instrument was played by men during summer evening on the edges of forests and lakes, where the acoustics were believed to be the best.

Another tradition took place in the same region – accompanying double voice songs by other type of horns that were a little bit longer but also made out of wood – daudytės. 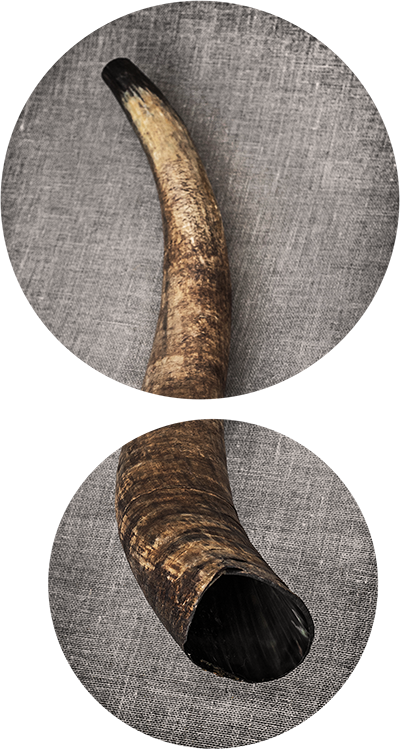